The much talked about sport adventure EV manufacturer Rivian, has raised more than just a few eyebrows over the last 3 years. Since being debuted at the LA motor show back in 2018, the company is now thought to be worth around 27.6 billion dollars.

Big investment came early from the likes of Ford and Amazon, who Rivian have committed 100,000 commercial vehicles to the Amazon Prime fleet by the end of 2021.

While the factory is not quite finished, Rivian has a completed pilot line operational which has begun making EV validation prototypes of the R1S and R1T vehicles. The R1S is Rivians overlander SUV capable of some serious off-roading while the R1T pick-up will rival the likes of the Ford Raptor and RAM 1500. But why do Rivian EV vehicles have so much attention from investors? Like most EV startups, they seem to think entirely differently from other automakers. Rivan has a number of features that are totally unique to the R1T and R1S that no one has even come close to thinking about.

Since its debut in 2018 at the LA Auto Show, Rivian has had a strong working relationship with Pirelli. Utilising Pirelli’s All-Terrain and All-Season tyres, there is something for everyone looking to purchase one of these vehicles.

One of the features seen on the R1T pick-up is the oh so cool tank turn. All four electric motors turn each wheel oppositely, ultimately turning the vehicle on the spot. The Pirelli Scorpion AT Plus is the ultimate All-Terrain tyre and up to the job of standing such force.

The Scorpion AT Plus is Pirelli’s premium off-road All-Terrain tyre that has been tried and tested across all kinds of terrain and in all kinds of driving conditions. 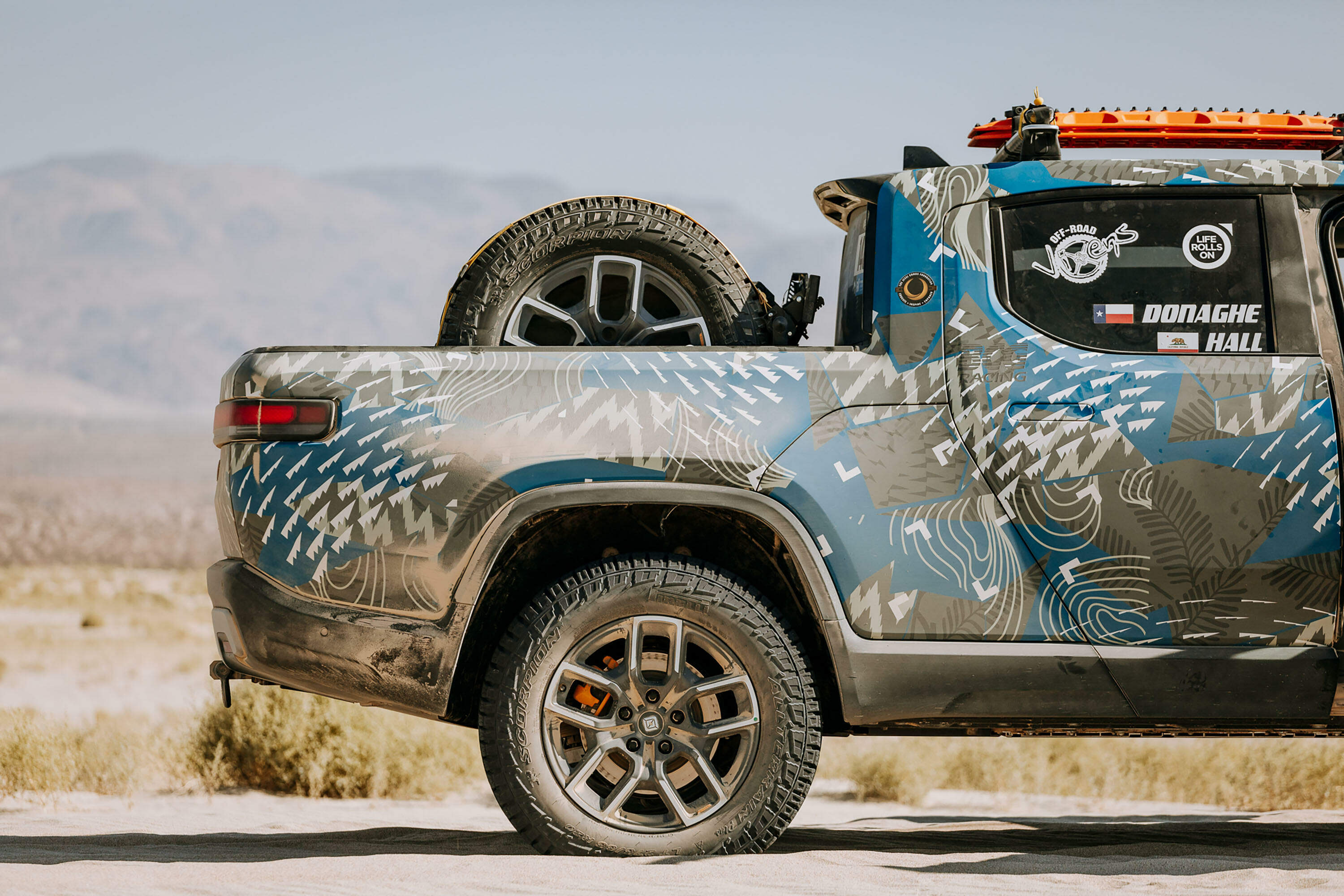 The R1T is a serious off-road contender and so Rivian’s choice to go with Pirelli’s Scorpion AT plus in a size 34 inch was really a no-brainer. With it’s all new aggressive tread pattern and side wall, the two combined make for one serious off-roading machine.

The Pirelli Scorpion is available for rim sizes 16 inches, through to 20 inches. Kogarah Tyrepower carries a great range of Pirelli stock, call today for quantities and to find out how you can get the most out of your off-road vehicle or SUV.