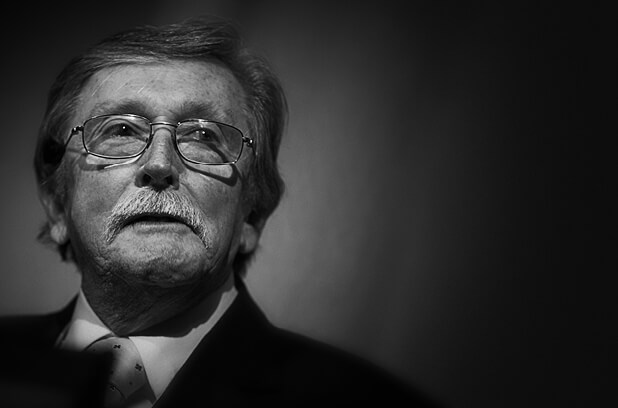 One of the original founders of Tyrepower, he was the Director of the VIC, SA, NT and TAS business, known internally to the Tyrepower group, owner operators, support teams and suppliers as Tyrepower Marketing Region A. Within five months he became a Director of the overall business itself. Later he became Chairman of Tyrepower Limited, embracing that role for two decades until his retirement in 2007.

David was much more than just an administrator, however.

Together with brother Arthur, the duo established 14 Tyrepower stores and their extended family a further six, as well as setting up a wholesale and warehouse business called DART Wholesale Tyres.

David managed DART from its inception whilst his brother managed the retail stores, gifting 49 percent of the wholesale business to Tyrepower on inception and then later selling the remainder at a bargain basement price, such was his commitment to the bigger business.

His successes were celebrated by the Tyrepower family at the 30th Anniversary Conference with a special ‘This is Your Life’ segment hosted by Channel Nine TV personality Peter Smith.

And then at the 40th Anniversary Conference, David was further honoured when he was bestowed as the inaugural ‘Tyrepower Legend’ by then-Chairman Joe Laws.

David always believed that the strength of the co-op and its structure, and its culture as a family that includes our suppliers, are the primary reasons that Tyrepower has gone from strength to strength for over more than 40 years.

He was a massive contributor to the success of Tyrepower.

For many members of the Tyrepower family he was very much a mentor whose advice and guidance has steered them to the successes they enjoy today. There is no doubt that Tyrepower as a collective owes a debt of gratitude to David and all the founding members of this great business.

The Tyrepower family, extends our heartfelt condolences to David’s family and many, many friends.

He will be missed.